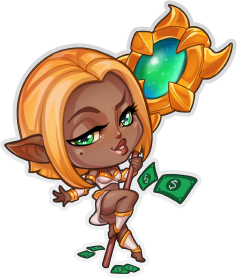 There were so many Team Building questions so here are a few thoughts you should consider.

Basic composition of a team:

What is a good Hero? That depends on the following questions and answers.

Can you get a Heroes to 6 Stars or not? Do their shards drop in any mission?
That means you need a lot of precious energy as drop chances are low.
Could their soulstones be found in the Tower, Arena or Grand Arena shop? If so – excellent! It is very easy to farm and to max them, its just a matter of time.
Could their soulstones be found in the Guild War shop? You are screwed if you are in an inactive guild, otherwise it takes from quite a few months to forever! It is very important to be in a strong guild to receive more rewards.
Do their soulstones drop in the Heroic chest? If you aren’t that rich – don’t even try then. It is completely not worth it.
Do their soulstones drop in events? If so – that’s great! Save as many Energy Potions as you can so you would be able to use a lot of energy during the event.

What skills / artifacts do they have?
Some heroes can stun, poison, blind, prepare for combos etc. Based on the team you would like to build you should definitely take this under consideration.

Artifacts
First artifact skill (at 3 stars) will trigger each time you use that first hero skill and it will buff the entire team. It is always recommended to upgrade first Hero’s artifact to at least level 25.
Possible effects: Magic or Armor Penetration, Magical of Physical Attack, Armor, Critical Hit Chance, Dodge.

What is a good team? To answer this question, lets imagine you have everything what is possible to get in the game.

Tanks
Good tank is defined as: stays alive (high magical and physical armor + vampirism (if possible) + dodge), matches the buffs from your team. An excellent tank is defined by adding: he can deal a lot of damage!

Ziri – hit Point Tank with average defenses but her first skills doubles her magic and physical armor. All skills are based on her Hit Points and has self regeneration but when she does that, your middle row will become the tanks which is very risky and is usually something you would like to avoid. She also got a minor stun. Her artifact will increase team armor, which is really good. Worst part about her is that she has no vampirism and no damage skills. Ziri could be used in any type of a team.

Galahad – high armor, excellent damage skills and vampirism. What makes him a great tank? He deals a lot of damage while healing from it and thus belongs in a physical damage team.

Aurora – below average armor but she gains dodge for her and the team, she also has a stun.
All her skills are magic damage based so she should definitely be used in a magic buffing team.

Astaroth – average armor, no damage skills but his ability to provide physical damage shield to the whole team is great. The best part about him is that he can resurrect himself or a team member once per fight. Because Astaroth deals no damage, he is merely a nuisance in battle, his value comes from resurrection to be more annoying or to bring a valuable team member back to live. His skills are magic attack based so a magic buffing team suits him the best.

Warriors – you can use warrior classes as tanks like Ishmael but they will not have the defense or tanking skills such as an actual tank.

Healer
This is a tricky one. Healears usually are distributed by providing heals to the whole team or by a single target. Usually they do not deal damage but have some crowd control skills. Healares almost always are magic attack based.

Thea – she has two average heals, one is team based and another one is a single target. She does also have silence and speed buff skills. Her artifact gives Magic resistance which can be very useful.

Celeste – she is a mage as well as healer. As a mage she reduces enemy teams healing and turns that into magic damage. While as a healer she casts 3 heals, all strong and are based on a single target. Her artifact adds magic attack and she can block debuffs.

Martha – she is a mix between a tank and a healer, but if you ever fought her, you know she stands in the last row and casts crazy amount of team based heals and buffs allies all the time. Martha is a very strong healer with an artifact that adds armor.

Nebula / Dorian – Both are strong side healers for those close to them but otherwise damage dealers and very situational heroes.

Maya – she is one of the best healers (probably just a bit worse than Martha). Bad thing about Maya that is very hard to get and upgrade to the 6 stars.

Damage Dealers / DPS
This is the section where you have to look for what can you max out, an advice would be to look for skill combos as these heroes should define your entire team. As there are too many heroes there are some ideas on how to evaluate them.

Kai and K’arkh – Kai is magic damage based hero and could throw enemies up. K’arkh deals damage to the enemies who are in the air, important to note that he is physical attack based. K’arkh can also block attacks so can be a situational tank.

Lars and Krista – Krista watermarks enemies while Lars electrocutes targets who has a watermark. Also, both of them has a lot of stun abilities and are magic attack based.

Orion and Helios – Orion is very good for magic penetration and attacks the back row of the enemy line. This is also the primary target for Helios. Combination of these two could destroy enemy backline really quick as enemy team will almost always have a healer or a DPS in the backline – it is really good.

How to use this information while building a team?

Team A example
Use Orion and Helios for back row magic penetration attacks. That means you need one tank that benefits from magic: Aurora would be a good choice and if you have no healer, then you could also use Ziri. Now we have two free slots, we can go for Lars + Krista to have a full magic team with a lot of stun abilities. However, we’ll have no healer in the team which is not the best idea. All the mages do AOE damage so the squishy back row heroes of our enemies are either stunned, in the air or dead.

Team B example
The one trick pony will be K’arkh so we use Kai to trigger his skills. We use a high damage tank like Galahad and add heroes which provide armor penetration and physical attack such as Fox and / or Elmir for armor penetration, Keira or Ginger for AOE or Ishmael for critical damage.

Team C example
Annoy the your enemies by stacking 3 healers or 4 in a defense team (it is very good to use such team in the Arena or Guild War defense) with Galahad or Ziri. You can play for a timeout which is a draw and will count as victory for you when defending.

Hope you guys found this useful and it will help you to build a strong team. Good luck!